First week of the summer holidays has been wet and windy! As I explained in the “crafting with kids” post we found a new craft store nearby so visited there and picked up a range of supplies.

After sticking to my healthy eating plan Boyf treated me to some yarn at the Widnes Market! I love the stall on there so much, so many different yarns and buttons! It’s like heaven!

Had to get some variegated yarn…and SPARKLES!

Whilst there we also had a look in Poundland and among the Tupperware and flip flops I purchased, we also picked up a “decorate your own character” pack. We went with mermaid but there was monsters and another (can’t remember what the design was). It has several cardboard cut outs in the shape of a mermaid and includes some glitter stickers and sequins. With other supplies we have at home it’s something I’m definitely going to pulling out when we have another rainy day (may be sooner rather than later!)

What I’ve been working on

This pattern had been popping up during my many hours browsing Pinterest. I’ve been meaning to try it for a while so finally gave it a go. I liked the pattern, it was easy to follow and worked up quick. I attached what I would call the frill around the top of the cone too low so next time I would do it higher so it looks like it’s attached to the ice-cream and it would hide the cream stitches underneath it. This is something the pattern explains, I just attached it to the wrong stitch! You can make it yourself here! 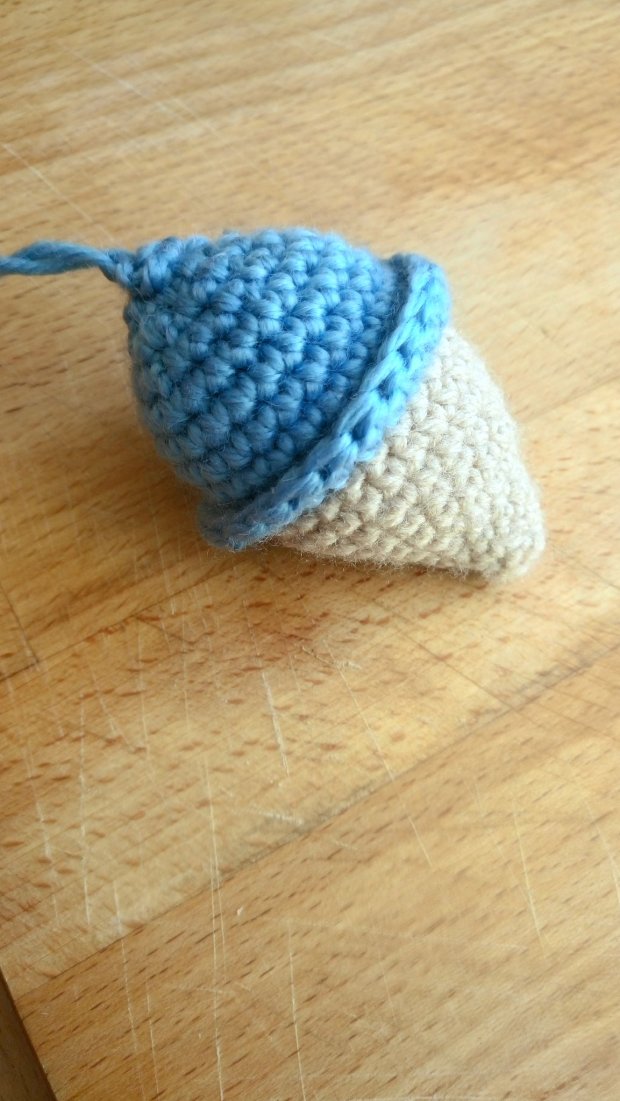 One thought on “Sam’s Crafty Corner #17”