So many crafts so little time is my motto at the moment. Its fabulous having a friend who loves crafting as much as I do and it’s great encouraging each other to try new things but I don’t have time to work on what I want to, let alone any time for the new things I want to try! We have great plans for the future including craft fairs and Christmas, so excited!

After finishing my first knitted hat I moved straight into the next. A larger one for my step daughter in cream and dark blue. 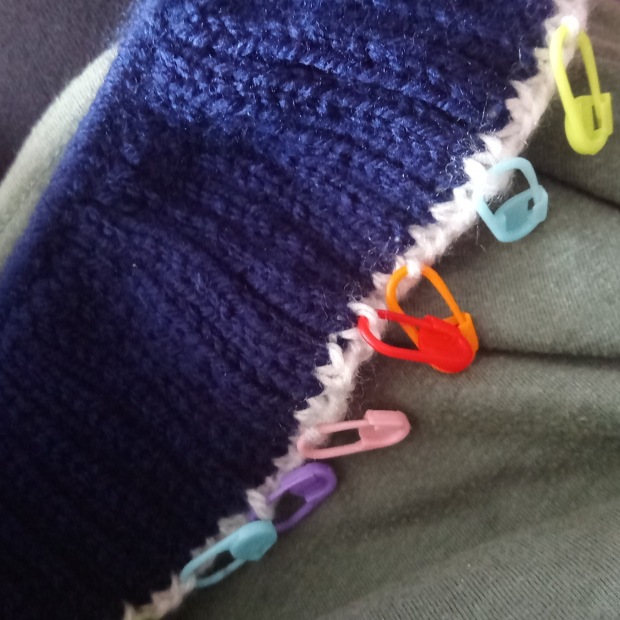 I finished a cross stitch, haven’t don’t one in a while. This cute little watering can was from abakhan. It was really fun to do and I can’t wait to start on a larger kit I have.

Back to knitting, I made a newborn hat using some yarn I bought about 5years ago. It’s super cute and I actually used this yarn to make the first crocheted blanket I made my daughter.

I then started two crochet hats. I made a puff stitch messy bun hat. I made myself a hat like this a couple of years ago but it was a full hat, so I altered it to include a hole at the top for a ponytail or bun, creating a messy bun hat. The yarn is an aran from b and m. It’s pretty scratchy but I’ve looked up some ways to soften it, once I’ve had a go I’ll update how it turned out! 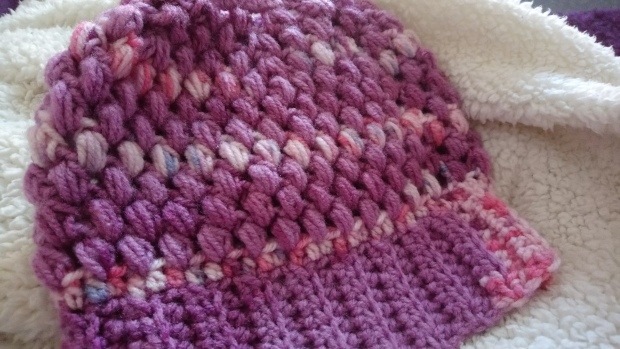 The second one I started was a super cute free pattern by crazy4crochetmomma called the bubblegum pop beanie. This pattern can be found here and even includes instructions to turn it into a messy bun beanie which I just love. I had some yarn I bought a while ago from aldi that I hadn’t decided what to do with yet so I thought this would be perfect. I’m on the look out for some faux fur pompoms so if anyone has any suggestions/links for some that aren’t to pricey and are nice quality then let me know!

I finally finished flareon using the pattern by 53stitches. I’m so glad he’s done and his floof is super cute! 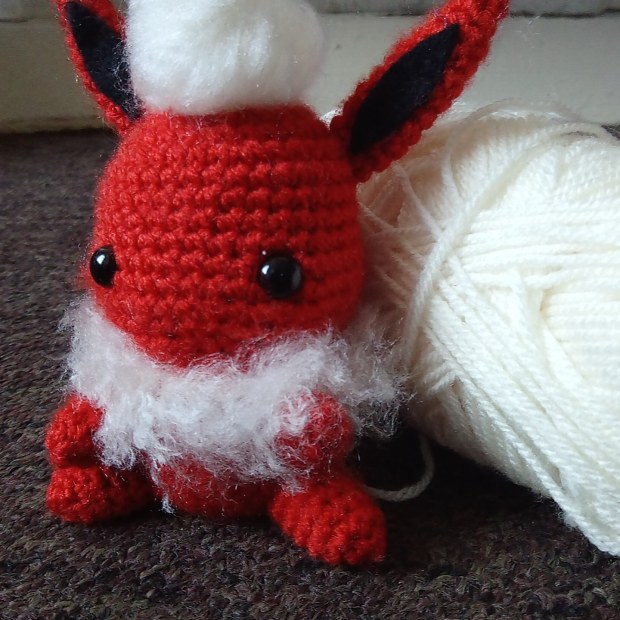 And to wrap up this post a quick apology. I said I’d be posting more regularly again and I haven’t. I’ve been focusing on my streaming and all that and this blog got neglected. I put lots of pressure on myself to post on such and such days, X times a week, etc. And it makes me feel awful when I don’t stick to it so I’m not going to do that! I’m going to post what I want, when I can and just enjoy it 💜